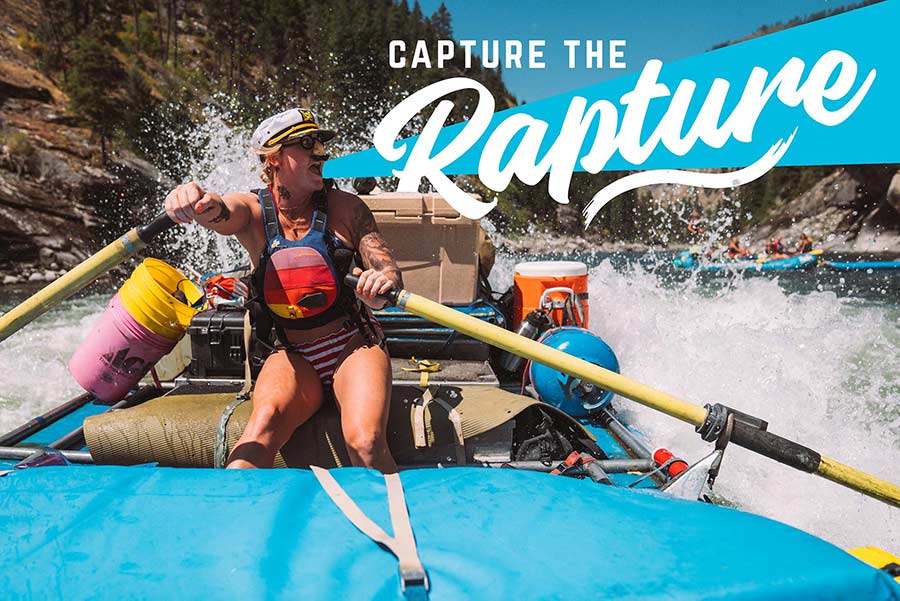 Rules are subject to change from year to year. No purchase necessary to enter.

The photo contest is open only to those who submit an entry via submission form, which will be available here below starting October 4th 2021. Participants must be 18 years of age as of the date of entry. The Photo Contest is only open to legal residents of the United States of America and is void where prohibited by law. Employees of Maravia and Cascade River Gear (the “Sponsor”) their respective subsidiaries, advertising and promotion agencies, suppliers and their immediate family members and/or those living in the same household of each are not eligible to participate in the Photo Contest. This Photo Contest is subject to all applicable federal, state and local laws and regulations. Void where prohibited.

By participating, you agree to be fully unconditionally bound by these Rules, and you represent and warrant that you meet the eligibility requirements set forth herein. In addition, you agree to accept the decisions of Cascade River Gear as final and binding as it relates to the content. The Photo Contest is subject to all applicable federal, state and local laws.

The Photo Contest must be entered by submitting an entry through the submission form below. Please submit High Resolution photographs. (Feel free to send as many entries as you want per day during the contest) Only upload one image at a time. Before submitting, name your file: CTR-22-your first and last name plus the number of your entry. Example: CTR-22-AnselAdams1, CTR-22-AnselAdams2, etc.

Failure to rename your file will be an automatic disqualification for that entry.

With each photo submission the following is required:

The entry must fulfill all contest requirements, as specified, to be able to submit and be eligible to win a prize. Entries that do not adhere to the rules or specifications may be disqualified at the sole discretion of Cascade River Gear. You may enter as many DIFFERENT photos for the term of the contest . The entries submitted during a week of the contest will be eligible for that week’s $100 Cascade Cash Prize. A duplicate entry from a previous week will not be considered for the current weeks $100 Cascade Cash Prize. Any duplicate entries from week to week or from previous years will not qualify for judging. (Ex. You have a beautiful splashy photo that you love. You try submitting it every week to win the weekly prize. It will only be considered for the weekly prize during the week you first submitted it.) If you use fraudulent methods or otherwise attempt to circumvent the rules your submission may be removed from eligibility at the sole discretion of Cascade River Gear.

Actual/appraised value may differ at time of prize award. The specifics of the prize shall be solely determined by Cascade River Gear. No cash or other prize substitution will be permitted. The prize is nontransferable. Any and all prize related expenses, including without limitation any and all federal, state, and/or local taxes shall be the sole responsibility of the winner. Any shipping cost of the Maravia “Dream Boat Package” will be the sole responsibility of the winner.  No substitution of prize or transfer/assignment of prize to others or request for the cash equivalent by winners is permitted. Acceptance of prize constitutes permission for Cascade River Gear to use winner’s name, likeness, and entry for purposes of marketing, advertising and trade without further compensation, unless prohibited by law.

The odds of winning depend on the number of quality eligible entries received.

A PURCHASE WILL NOT INCREASE YOUR CHANCES OF WINNING.

Winners of the Capture the Rapture photo contest will be selected at the sole discretion of the Sponsor Judges (select Cascade River Gear employees). Judges will consider entries based on expression of the River Life theme, adherence to contest rules, basic photography technical practices, (focus, exposure, lighting, white balance, composition) Wow! Factor, Commercial/editorial quality, inspirational merit, artistic expression and authenticity. The Judging Criteria are to be applied in the sole discretion of Sponsor Judges; each entrant agrees to be bound by and not challenge the final decisions of Sponsor Judges. Weekly Winners are eligible for the Grand Prize. The Grand Prize Winner will be selected based on the same Judging Criteria as the Weekly Winners. The Submission awarded the highest score based on the Judging Criteria is the Promotion Grand Prize Winner. Winners will be notified via email to the email address they provided with their entry. Cascade River Gear shall have no liability for a winner’s failure to receive notices due to winners’ spam, junk e-mail or other security settings or for winners’ provision of incorrect or otherwise non-functioning contact information. Winner will also be announced on Social Media Outlets. If the selected winner cannot be contacted, is ineligible, fails to claim the prize within 15 days from the time award notification was sent, or fails to timely return a completed and executed declaration and releases as required, prize may be forfeited and an alternate winner selected.

The receipt by winner of the prize offered in this Photo Contest is conditioned upon compliance with any and all federal and state laws and regulations. ANY VIOLATION OF THESE OFFICIAL RULES BY ANY WINNER (AT SPONSOR’S SOLE DISCRETION) WILL RESULT IN SUCH WINNER’S DISQUALIFICATION AS WINNER OF THE SWEEPSTAKES AND ALL PRIVILEGES AS WINNER WILL BE IMMEDIATELY TERMINATED.

Cascade River Gear has the right, in its sole discretion, to maintain the integrity of the Photo Contest, to void votes for any reason, including, but not limited to; multiple entries from the same user from different IP addresses; multiple entries from the same computer in excess of that allowed by photo contest rules; or the use of bots, macros or scripts or other technical means for entering.

Any attempt by an entrant to deliberately damage any web site or undermine the legitimate operation of the photo contest may be a violation of criminal and civil laws and should such an attempt be made, Cascade River Gear reserves the right to seek damages from any such person to the fullest extent permitted by law.

By entering the Photo Contest you agree to receive email newsletters periodically from Cascade River Gear. You can opt-out of receiving this communication at any time by clicking the unsubscribe link in the newsletter.